Brightest Young Things and Chris Naoum of Listen Local First team up every week to bring you the list of shows you should definitely attend.

RiYL: everything in life, especially music, exists in mixtures and blends, shaving your beard

RiYL: people with “the swagger of elder statesmen”

RiYL: journeys through space and time

RiYL: having an unbelievably long bio on your 9:30 Club’s event listing

RiYL: sold out shows with trombones

RiYL: people who ride camels, drive Ferraris and then have an impact in hip-hop community

RiYL: people who perform on Broadway

RiYL: horrible photos of your band

The Raised by Wolves @ Dupont Circle

RiYL: not trying to get confused with Run DMC,  trap from Austin

RiYL: gypsy music from Austin about love and heartbreak

RiYL: the holidays and Christmas music

RiYL: “Down with liberty!… Up with chains!”

RiYL: Carolyn Crysdale because you won’t see her for the rest of the year

Andrew Grossman & The Man and Who Needs a Pulse @ Paperhaus

RiYL: local punk/ska, pies, shows you could have seen in Winchester last month but without Big D & The Kids Table

RiYL: thinking you can’t lie to yourself in the mirror

RiYL: getting your Christmas presents at a craft fair

B Side Shuffle and Big Country Express @ DC9

RiYL: people who want to “make every living guitar hero cry out of joy and/or despair”

RiYL: staring at walls of products

RiYL: comedy at the Fillmore, people who sold out Madison Square Garden 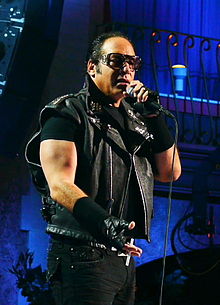