I was initially going to make this review all shiny and Grammy-themed, roping in the Mumford & Sons/“mainstream folk-rock” debate that has elicited groans and banjo freakouts from music consumers and writers across the blogosphere. In essence, my main gripe was that this wave of bands including Mumford & Sons and The Lumineers, both of whom were nominated for Best Americana Album, among other things, last night, should not be deemed the torchbearers of modern American roots music because they do little to innovate with the genre and direct its ongoing narrative. Also, Mumford & Sons are British.

Anyway, I argued that Punch Brothers should be the rightful heirs to the Americana throne, if such a thing exists. After revising a bit, I decided that my contributions to this dialogue were as cranky as everyone else’s, and that I like all sorts of music, innovative or not, for a variety of reasons.

Still, I feel confident saying that Punch Brothers are worth some buzz, if not an entire throne of Americana buzz, because they take the folk/bluegrass label and challenge it in ways that are technically and aurally exciting, not to mention a whole lot of fun. Their show at the 9:30 Club Thursday night confirmed to me that Chris Thile and his bandmates are truly in a league of their own.

A quick history lesson, if you don’t mind. I promise it won’t be too painful: 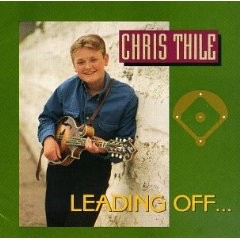 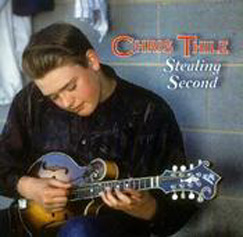 He formed the band Nickel Creek with Sara and Sean Watkins when he was eight. Once they entered adulthood, Nickel Creek released three lovely albums that earned them Grammy nominations and lots of acclaim in the bluegrass community. Anchored by Thile’s kinetic mandolin work, the band is regarded as a pioneer of “newgrass,” taking Americana tropes, as well as traditional songs in many instances, and applying them to rich, melodic textures and structures. Nickel Creek’s crossover success paved the way for bands like Mumford & Sons and The Lumineers, and they did mean covers of Pavement and Britney Spears.

Thile released two more solo albums in 2001 and 2004, respectively, which saw him taking new risks with his songwriting, and following Nickel Creek’s disbandment, he continued to expand his creative and musical potential. He composed a mandolin concerto in 2009, and in recent years he has collaborated with a number of well-known musicians, including Bela Fleck and Yo-Yo Ma (His collaboration with the latter, “The Goat Rodeo Sessions,” took home the award for Best Folk Album last night.) Last year, Thile was named a MacArthur Genius at the age of 31, joining the likes of David Foster Wallace and inventor of the Web Tim Berners-Lee. The MacArthur Foundation awarded Thile for “creating a distinctly American canon for the mandolin and a new musical aesthetic for performers and audiences alike.” Simply put, he’s kind of a big deal.

Since 2006, Thile has been playing with Punch Brothers. On their four releases (one as the How to Grow a Band), Thile and his bandmates combine bluegrass instrumentation with classical grandeur. Juxtaposing multi-movement pieces with bouncy jams and Radiohead covers, Punch Brothers are an effective outlet for Thile’s creative instincts. And on the 9:30 Club stage they were nothing short of impressive in terms of both musicianship and energy.

Punch Brothers may be Thile’s band deep down, but when playing live the five-piece was surprisingly democratic. Each member had several features and solos, and fiddler Gabe Witcher and guitarist Chris Eldridge each manned lead vocals for a song. Thile’s mandolin playing is as remarkable as ever – he treats the rigid instrument like a guitar and literally flies up and down the fingerboard – but the rest of Punch Brothers had no trouble keeping up with him. Their evident tightness was made even more captivating when they effortlessly dueled with lightspeed precision. Even during instrumental numbers performed throughout the night, things hardly ever felt predictable.

The set list was mostly comprised of songs from the band’s two most recent albums, but overall Punch Brothers kept a wide variety of material engaging. This show provoked more rowdy noise than actual movement, so it would’ve been fairly easy to lose the sold-out crowd’s attention. But whenever the house was on the verge of getting chatty, they would be quickly silenced by some exhibit of musical badassery. Bands seem to genuinely embrace and play off of the enthusiasm of 9:30 Club crowds, and Thursday night was no exception.

Tracks from last year’s Who’s Feeling Young Now? like “This Girl” and “Patchwork Girlfriend” were delightfully whimsical, and fan-favorite “Rye Whiskey” became an inebriated hoedown. The band’s choice of covers was also top-notch. They put a nice spin on The Strokes’ “Heart In A Cage,” and Witcher did an admirable Levon Helm impression during their rendition of The Band’s “Ophelia.” Eldridge took over lead vocals for “Through the Bottom of the Glass,” a drinking song by his father’s bluegrass band, The Seldom Scene. During the encore, Thile masterfully navigated through a movement of Bach’s “Sonata No.1 in G Minor.”

Punch Brothers’ live show epitomized everything we should be celebrating about modern Americana – collaborative output, diverse fusions and the spirit of adventure that transcends any given era. Their success doesn’t feel like a product of cultural nostalgia-mongering, and at the same time their music takes few conventional shortcuts. It’s an acquired taste, and maybe one that’s ahead of its time, but Thile has done some visionary work while surrounding himself with very talented musicians. I’d stand by that claim any day of the week.