My name is Ba’Naka, I’m just a local jaded, self proclaimed “super star” drag queen with serious delusions of grandeur, with an affinity for  Absolut Vodka and RuPaul’s Drag Race. Now, while I’ve never been on Drag Race (try as I may) I have been voted off America’s Got Talent. You should know, I have no real qualifications for writing this weekly review but I hope you enjoy it anyway. Take a journey into my snarky/fabulous mind as I review season 5 of RuPaul’s Drag Race!

Guuurrrrllll this week’s episode was a b-outch! Was there anyone Serena didn’t piss off? Wait, stop I’m getting ahead of myself! The ladies return from the Runway to Penny Trations farewell message “You are ALL STARS” (and if they are lucky some of them will end up on All Stars season 2) the girls all miss Penny, as do I, and the let Serena know that she is NOT welcome…and damn, these ladies are not subtle about it! The Next Day: We have our first alliance/clique of the season, Ro-Laska-Tox, (Roxxxy Andrews, Alaska & Detox) and I hope this is the start of Heathers vs Boogers Part 2 (Dear goddess I love Mean Girl cliques…on Wednesdays we wear pink).

Madame RuPaul comes on screen with a cryptic message about knowing ones herstory… I hope these ladies are prepared to get schooled. Enter Ru, in a smashing Suit and Bowtie! In todays mini challenge we are serving glory-hole-realness! The dolls have to lip-sync to three of Ru’s songs Lady Boy, Tranny Chaser and Peanut Butter (all available on iTunes, wink*) through a giant RuPaul head cutout….I wonder what happened to this prop once filming was over…you just know some creepy grip took it home and has it in his basement….it puts the lotion on the skin or gets the hose again! Our winning divas are Serena ChaCha (sighsss) Ivy Winters and Detox…for those of us who are Drag Race connoisseurs it is painfully clear we are up for a team challenge. As the winning queens are now team leaders they are asked to pick teammates and sadly our bubbly princess, Jade Jolie is picked last….aww sadface!

These three teams are asked to lip-sync famous UnTucked Fights, Children we are in for a challenge, spoken word is really hard to lip-sync (trust the drag queen on this one!). Team Detox has season 4, LeShawn vs Jiggily and PhiPhi vs Sharon. Team Serena has season 3, Shangela vs Mimi and Raja and Delta (not really a fight, but still a great reading moment!). Team Ivy has season 2, Morgan vs Mystique and Tatianna vs Tyra. These are some of my favorite Untucked moments!!!

Ru walks the workroom and notes that some of the gals are in over their heads or wigs. The two biggest concerns are Lineysha, who when asked to give a sample just sits there (not lip-syncing) and looks at Ru, sorta dumbfounded. And then there is Serena who isn’t off the script yet.  One of the best lines came when Ru asked Alaska why she wasn’t portraying Sharon and with pure wit Alaska states, “I do Sharon all the time”. Brilliant! They start filming and there is some tension between bossy pants, Alyssa Edwards and Jinkx Monsoon…but please note that Alyssa’s Shangela was on point and Coco was amazeballz!

Rupaul walks the runway in a delish black and white gown that is very reminiscent of Dynasty…too bad there isn’t a reflecting pool at the end of the catwalk, you know never know when a bitchslap/catfight might breakout. Joining us this week are the fabulous Kristen Johnston and Juliette Lewis, who I think should judge every episode! These ladies are the perfect blend of bitchy and batshit crazy, hell …they even give judges Michelle Visage and Santino Rice lip!. This weeks runway look is dress to impress… and let’s see if these Queens do just that!

Lineysha Sparx – Tangerine Dream! Werq!
Honey Mahogany – Gurl, your boobies are little wonky, just sayin
Ivy Winters –  Jaw Dropping, amazing!
Vivienne Pinay – Greek Goddesss Realness!
Alyssa Edwards –  I love the look! I hate the facial expressions!
Serena ChaCha – I loved this costume but lose the flag and put on a rhinestone thong!
Jade Jolie – this is the outfit Britney should of had for her Circus tour – WERQ!
Roxxxy Andrews –  Okay Carmen Carrera! You betta serve BodyOdyOdy!
Jinkx Monsoon – ? Um…? (I just…I can’t…) NEXT!
Monica Beverly Hillz – Ok, I can get into some S&M (or M&Ms)
Alaska – Gurrrl it’s Amy Winehouse meets Paris Hilton at a Fetish Ball!
Coco Montrese – Welcome to Thunderdome bitchez!
Detox – Looking like a Madame at Brothel that specializes in crossdressers!

The judges critique the video challenge and runway, and kids we get some funny moments!They review Team Serena and Serena herself looks very uncomfortable with her own performance. Team Ivy killed it, especially Lineysha leaving RuPaul cackling! With Team Detox, Coco gave great Lashawn Beyond but the Alaska and Detox snatched the attention with a little bloody KaiKai action. Team Ivy Winters won the challenge but Lineysha won the whole sha-bang and has immunity (Honey was not amused).

Two of my favorite quotes from the night were Jinkx when asked about her hair, she responds “I tried to tease it but I just pissed it off.” (I live!) and as Saninto reads Roxxxy’s fringe outfit and says she looks like Chubaka when Kristen Johnston cuts him off and says “Shut Up Santino because that’s Perfection!” (Holy Sh*t I GaG’d!) Yes, finally someone goes off on Santino and his war against Drag Costuming! Also Miss Serena is told she has on granny panties…because SHE DOES!

FOR THE FIRST TIME IN RPDR HERSTORY…

We have a very moving and touching moment with Monica, she comes out to Ru, and basically America, and says that she is in the process of transitioning from Male to Female. This is why she hasn’t been able to focus and seems to be elsewhere. This is the first time that during the competition process that a contestant has openly said that they are in the process of transitioning. She will be joining Drag Race alums Carmen Carrera and Sonique, both who made the transition after the show. And I say to you Miss Monica Beverly Hillz, You Betta WORK! XOXO

Alaska and Detox get heckled by Kristen but come off unscathed (However Detox’s facials gave me the giggles) and they go back to the interior illusions lounge so the judges can talk smack. The Gist of what went down is…Gurl ain’t nobody feeling miss Serena tonight, Jinkx’s nose is REAL and then Juliette talked into Michelle Visages breasticles…QUALITY TELEVISION
Monica and Serena are off to LSFTL, they battle to the beat of  Only Girl in the World  by Rihanna, the girls are slaying it and then ChaCha falls into a split…yet again…and Monica owns the moment and emotes for days! Needless to say Monica is staying in Beverly Hills (Adjacent) and Serena is left to ChaCha her ass home!

YES MA’AM PAM that was one hell of an episode! But for the real T, I highly suggest you kids watch the UnTucked…too hot to handle! And here is the part where I insert a shameless plug! If you are huge RPDR fan, join me every Monday Night at Number Nine for the Official RuPaul’s Drag Race Viewing Party! We have Drag Trivia, Fabulous Prizes and Celebrity Co-Hosts! On Monday Feb 11th Tatianna from Season 2 will be joining me!

XOXO
Ba’Naka
Follow me on Twitter for live RPDR Tweets @BaNakaDev
You can catch Ba’Naka each Monday night at Number 9 for DC’s official RuPaul’s Drag Race viewing party. The fun starts at 8:00pm. And for more queer nightlife news, be sure to follow the BYGays on Twitter.

Community Yoga at the REACH

Join us select Saturdays this fall for a FREE OUTDOOR all-levels vinyasa yoga class on the REACH lawn! Advanced registration is required—secure your spot at

Join us select Saturdays this fall for a FREE OUTDOOR all-levels vinyasa yoga class on the REACH lawn!

Face coverings are required, and each session will be limited to 50 participants to allow for social distancing. Learn more about how we’re keeping you safe at www.kennedy-center.org/visit/patron-safety/

Each session begins at 10:00 a.m. and lasts one hour. Please arrive no later than 9:45 a.m. to ensure your spot in the class. After class has begun, late arrivals will be admitted at the discretion of the instructor. An instructor from a different local yoga studio will lead each session and music for each session will be curated by the instructor.

Community Yoga is part of the Kennedy Center’s health and wellness program Sound Health, created to make important and sometimes surprising connections between the performing arts and mind-body wellness.

Jack Black and Kyle Gass make up the Greatest Band in the World: Tenacious D. They started playing together in Kyle’s studio apartment on Cochran Ave in Los Angeles. No

Jack Black and Kyle Gass make up the Greatest Band in the World: Tenacious D. They started playing together in Kyle’s studio apartment on Cochran Ave in Los Angeles. No one could have ever dreamed of where the band’s genius would take them, but take them it did…

In early 2020 – with great excitement – Tenacious D announced they will add the final piece to the Post-Apocalypto universe: the graphic novel.

Waxahatchee’s Katie Crutchfield, a lyricist who has always let her listeners know exactly where she is at a given moment, spent much of 2018 reckoning with these questions and revisiting

Waxahatchee’s Katie Crutchfield, a lyricist who has always let her listeners know exactly where she is at a given moment, spent much of 2018 reckoning with these questions and revisiting her roots to look for answers. The result is Saint Cloud, an intimate journey through the places she’s been, filled with the people she’s loved.

A Song For Every Moon was a year-long project where Bruno wrote, recorded and released a new song every month for one year, concluding in September 2017 with “On Our

A Song For Every Moon was a year-long project where Bruno wrote, recorded and released a new song every month for one year, concluding in September 2017 with “On Our Own.” The album reflects Bruno’s changing inspiration over the seasons, as he travels from the blissful futuristic soul and skittering beats of “Wouldn’t Mean A Thing,” to “Cold Blood”s pulsing electronica, to the minimalism and sub-bass warmth of “There’s Little Left,” to the layered harmonies of “Second Time.” As listeners tuned in to the ambitious monthly endeavor, A Song For Every Moon gathered powerful word-of-mouth momentum, now counting over 300 million streams.

In a society buoyed by lies, it takes strength to confront the truth. Unlovely, the third full length album from Calin “Callie” Peters (vocals, cello, bass), Martin Earley (vocals, guitar), and Devin Mauch (vocals, percussion), isn’t about the complete absence of beauty. Instead, the eleven tracks on The Ballroom Thieves latest LP are a sonic encapsulation of emotional and political dissonance, the constant state of discomfort that’s enveloped the world for the past few years.

$15 (All original tickets will be honored on the new date.)

$36 (All original tickets will be honored on the new date.) 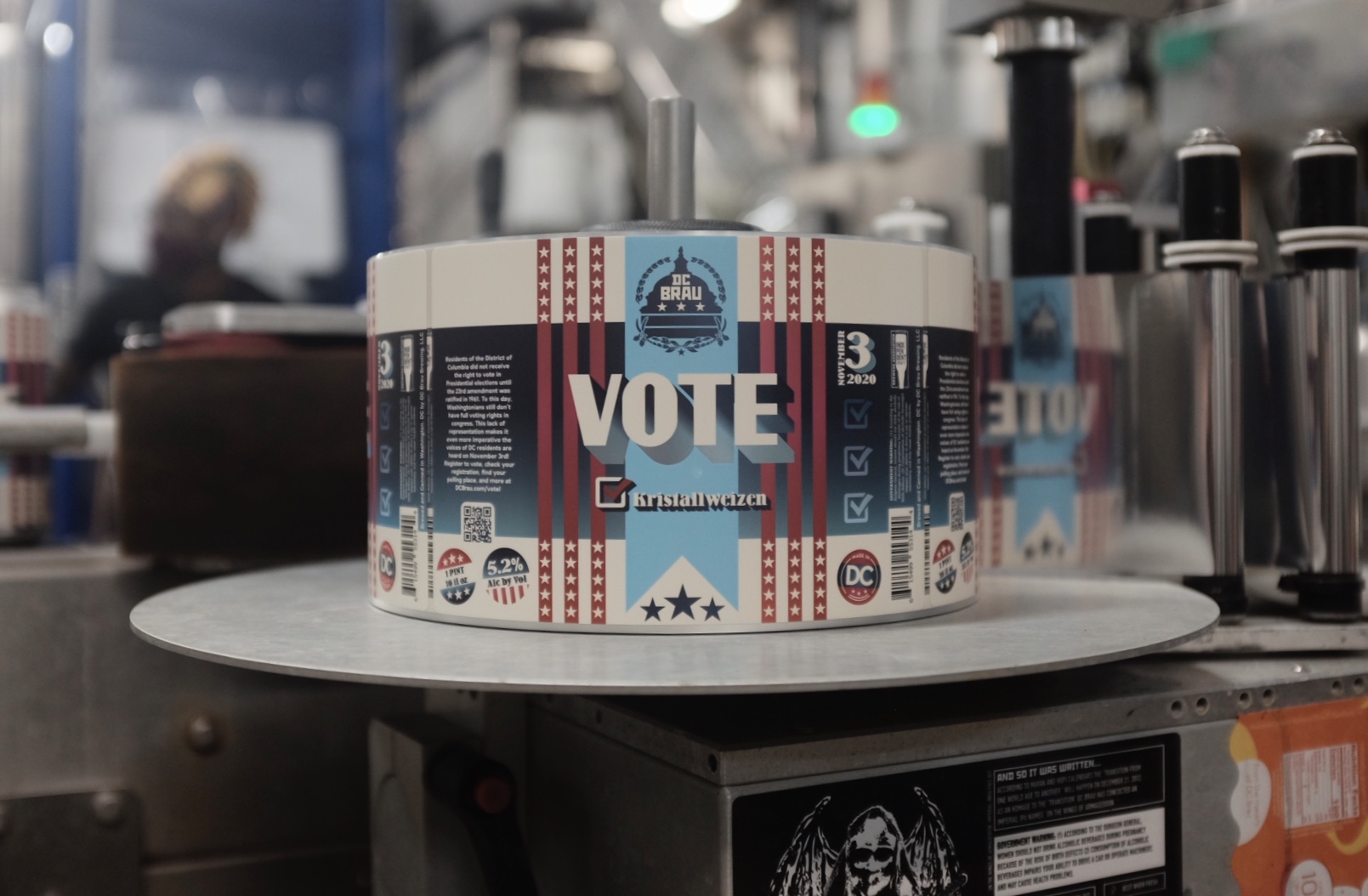 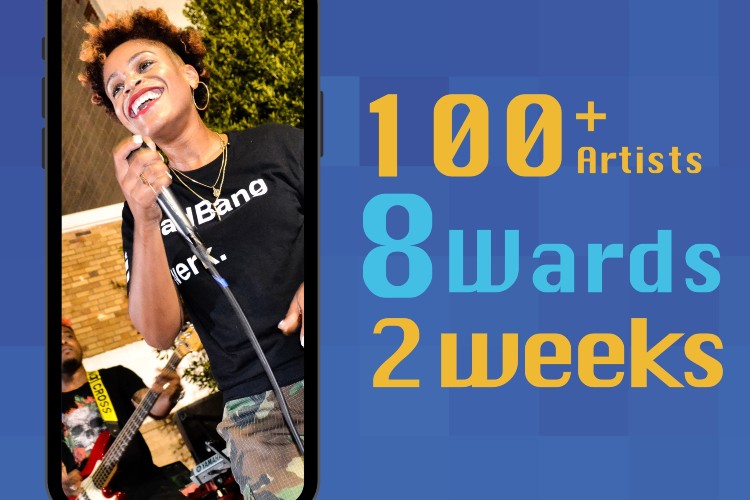