As of October 17th, it seems that Metro’s series 5000 trains–the old, least reliable ones–are finally off the tracks. You’re commute will probably still suck but at least you can ride with the comfort of knowing your train probably won’t catch on fire. We think that’s something to celebrate, so go ahead: treat yourself to something on this list.

Let’s kick it off with something from Metro Center’s very own “M Shop.” I have to give it to WMATA, with this one, honestly: To start a Metro-themed store in the middle of a city that truly hates the Metro takes some guts. Still, we’d be lying if we said we wouldn’t wear the hell out of these Foggy Bottom yoga pants.

These wireless headphones are the best of their kind. Their discrete, hassle-less, and sound great. Perfect for your commute. Ditch the Metro forever! Ride a bike! We’ve all seen those dockless electric scooters that have cropped up all over the city, proving a to be popular transit alternative, but such services can be expensive, dangerous, and hard to find. Electric bikes, on the other hand, are perfect for a city like dc. Skip the apps and buy your own. It might be more expensive now, but it’ll be worth it in the long run.

Stuart and Lau Briefcase, starts at $295

Not only are these briefcases incredibly trendy, but they’re also incredibly travel friendly and well organized. You know you want to show off a fancy work bag on your commute, so what better way to carry your laptop?

It’s the top of every D.C. commuter’s wish list. A mutual hate for the Metro bands us all together, but we would gladly give up that sense of unity for…well a transit system that functioned better, ran later, and cost less. The concept is like a faraway fantasy, but we can always keep dreaming. 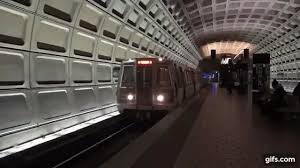 Make It Clapton: A Burlesque and Variety Tribute to Your Dad's Favorite Music

Wait! Would you prefer VIP (Very Important Patriarch) tickets? You can get those here: https://www.eventbrite.com/e/the-make-it-clapton-vip-experience-tickets-354686034477Do you remember when rock was young? How about the 21st night

Wait! Would you prefer VIP (Very Important Patriarch) tickets? You can get those here: https://www.eventbrite.com/e/the-make-it-clapton-vip-experience-tickets-354686034477

Do you remember when rock was young? How about the 21st night of September? CAN YOU FEEL IT COMING IN THE AIR TONIGHT?! CAN YOU?!?!?!?!

The irreverent and irresponsible production duo of Beaver and Buttstuff are BACK — this time, with a burlesque and variety tribute to the dad jams we remember so fondly from cookouts and car rides of yore.

Hosted by none other than Delilah Dentata and Callie Pigeon, this ridiculous romp down memory lane will take you so far back, you might actually get grounded. Join them and a cast of top-notch talent from across the Eastern Seaboard over bottomless mimosas and waffles during this brunch-time dad-stragavanza!

The performers who will be complicating your childhood memories are…