Stephin Merrit is terrifyingly talented. When it comes to people so immersed in ironic, knowing wisdom such that every pubic or artistic statement they make seems like it’s coming from a Greek oracle muttering from the back of a slick stone cavern, his only peer would be the late author David Foster Wallace…which is probably why this interview started so hesitantly. As you can tell by the script below, emotions were running high that morning. But as soon as I got used to the dry, deep voice I usually associate with life-changing mix CDs, rumbling the tiny speakers of my phone instead of the speakers in my Toyota, we chatted about confounding his audience, Judy Collins, and the amazingness of Owl City (as a band name), almost as if it was a normal conversation and not a weird melodramatic dream of mine come true.

(Oh and if you don’t listen to the Magnetic Fields, you’ve never really been in love.)

BYT: No?
SM: Oh dear. I was just talking to a gentlemen and he got cut off and he didn’t call back, so I’m thinking…Plane crash? I’d better call you back in a minute.

BYT: Sure!
[A hang up. Several minutes pass, then the phone rings again.]
SM: Turns out he’s fine. It’s funny, a friend of mine was saying the other day, we’ve had the telephone for centuries now and they still don’t quite work.

BYT: You’d think we’d have that figured out
SM: You would think.

BYT:  Let’s start! So, on your new record Realism, the song structures, the archaic Stephen Foster-ish pre-war melodies, make me think it’s a bit of a  return to 69 love songs.
SM: It’s going to be the case for the rest of my life that no matter what I do on a new album it’s going to get compared to 69 Love Songs. Because, of course, I did 69 different things on that record and they were the only 69 things I know how to do. So that’s always going to be the case.

BYT: There is a theme though, right…a unifying aesthetic?
SM: {inaudible, possibly magic curses} Well it is under the widest possible definition of the world “folk.” The songs aren’t, just the production. Some of the songs do not even suggest Folk.

BYT: But lyrically, there’s no overarching idea? Someone suggested something about ‘advice to a younger version of yourself’ as a–
SM: No.

BYT: Good, then I can skip that question.
SM: Although there have been some attempts to find one. Sombody pointed out to me the other day that Realism was a funny title because of the mythological characters in some of the songs. [This fact is considered in silence.] So an inadvertent theme would be, I suppose, mythological creatures.

BYT: Are you going to play mostly the new record or a mix of other stuff too?
SM: This record is too short to only play this record, but we’re going to be a mix of songs. Our ‘hook’ is that we’re going to be playing entirely songs that we did NOT play last tour. Just to make life more difficult for ourselves. [Interviewer makes sympathetic noises, crawls into bed] There actually is one song we did play last tour, but we switched singers, so we didn’t cut it.

BYT: Are there any songs you’re sick of–either they get requested too much or they’re just not fun for you all anymore? There’s such a huge backcatalog…
SM: There are two songs that we have always played at every show since 69 Love Songs came out, and we are not playing them. [taking on a childish singsong, yet sepulchral tone] HA-ha-HA-ha.

BYT: Well that’ll teach ‘em. Can I ask which ones they were?
SM: It’s not like they were singles. 69 Love Songs didn’t have any singles.

BYT: Can I ask which songs they were?
SM: You can ask.

BYT: [ashgasgdjgaghjgsahgdhjgashgjagwyetyuwtryuwjkalsdjdvanbdvfa]
SM: You fell for that one! HA-ha-HA-ha.

BYT: Let’s see if this makes sense…inexplicably Mag. Fields gets lumped in with other indie rock bands…
SM: Well indie isn’t right since we’ve had a major label record deal for the last 10 years. And it isn’t clear to me that, for instance, Realism can  be categorized as ‘rock’ at all. There’s electric guitar on one song—because it’s 25 years old and I didn’t feel like recreating the backing track for it—other than that, no electric guitars, no drums, how is this a rock record?

BYT: Are there any musicians you consider peers? Who do what you all do?
SM: If I felt like there were other musicians doing the same sort of thing I do, then I would change so there wouldn’t be. It’s the only thing I can do in life, be unique. If I’m not unique, why bother?

BYT: So all your influences are singers of the near-distant past?
SM: I prefer all my influences to be dead. My two direct influence for this record are the two mid-60s Judy Collins records, Wildflowers and In My Life. Well she’s not dead, but still. The wonderful thing about those records is the variety show approach—which has influenced me since more or less my birth—I like music to change every few minutes. Those two albums change not just like they’re compilations, but as if you were moving the dial around on the radio.

BYT: Do you take a certain joy in counfounding people who expect your albums or your sentiments to be a certain way by doing the opposite?
SM: Confound people. Hmm. Yes. Why not. It’s fun to confound people. And to be confounded. When I was growing up, I listened to Electro pop. And there was always a new sound—on every record and sometimes within a single song. A sound you had never heard before. [breathing] That’s no longer possible. But I’m trying to recreate that, whenever possible.

BYT:  Speaking of electro pop. When Get Lost came out, many years ago, I remember–
SM: Sooooooo. Many. Years ago.

BYT: Indeed. It was at the time such a revelation since it embraced electropop so unironically, in a way that nobody was doing back then…was that one of these contrary sort of moves?
SM: Well what was happening that year, was grunge, which I thought was an absolutely cynical marketing ploy to trot out the old tired punk rock under a new name. Soon it was replaced by emo, which is trotting out the old tired punk rock under another name. I think emo is now tired enough that they’re going to have to come up with another category for exactly the same music. And I was tired of punk rock by 1979, so, I just went back to my electropop roots.

BYT: And it was a deliberately contrary move, embracing the sounds and the themes and attitudes of electropop…
SM: Oh yes, but that is where we started. Distant Plastic Trees is entirely samplers and synthesizers. There isn’t a played instrument to be found. And there are three different songs on Get Lost that are suspiciously like Fade to Grey. And then we did that bizarre tribute on the album cover. Fade to Grey is definitely the theme song to Get Lost. It’s not just electropop, it’s specifically New Romantic.

BYT: And yet nowadays Electropop of all kinds is all over the actual pop radio stations…
SM: (singing) Are we huuuuman? Or aaaaare we dancers?

BYT: (crawls out of bed and lies down on the floor for a minute) Or I was thinking more of that kind of semi-emo, Postal Service-ish…um…have you heard that band Owl City?
SM: Owl? City?

BYT: Yes and…
SM: What. A wonderful. Band name.

BYT: Hmm yeah they are fascinating. It’s this sensitive emotional electronic music that is somehow played all over MTV and pop radio. I’m not saying that’s your fault…but perhaps one certainly grew out of the other?
SM: [silence…a bug runs around in a circle in the carpet, carrying a piece of Cheerio] I look forward to hearing any band named Owl City. I will give them three minutes of my time as a reward for their clever band name.

BYT: Well thanks for giving me a lot more than three minutes of your time!
SM: You’re welcome. Good bye.

[Outside the window, snow began decidedly to fall]

Want more:
Check out our <3 Magnetic Fields old school feature and high tail it to see Stephin @ Lisner this Thursday

WELCOME TO NIGHT VALE is a twice-monthly podcast in the style of community updates for the small desert town of Night Vale, featuring local weather, news, announcements from the Sheriff’s

WELCOME TO NIGHT VALE is a twice-monthly podcast in the style of community updates for the small desert town of Night Vale, featuring local weather, news, announcements from the Sheriff’s Secret Police, mysterious lights in the night sky, dark hooded figures with unknowable powers, and cultural events. Turn on your radio and hide. 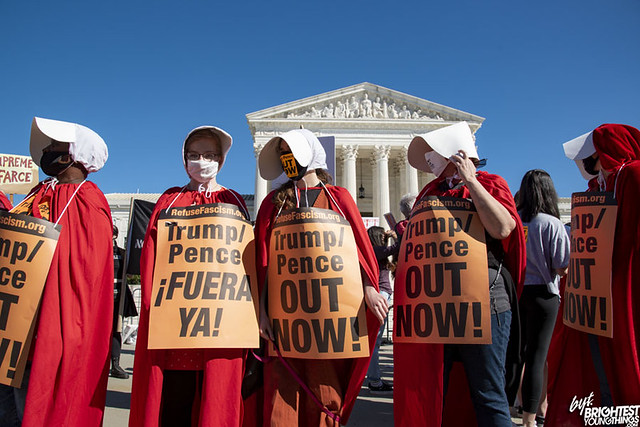 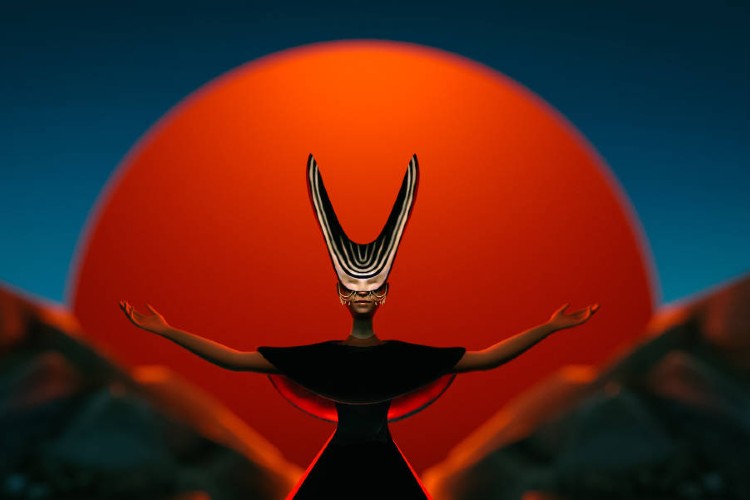 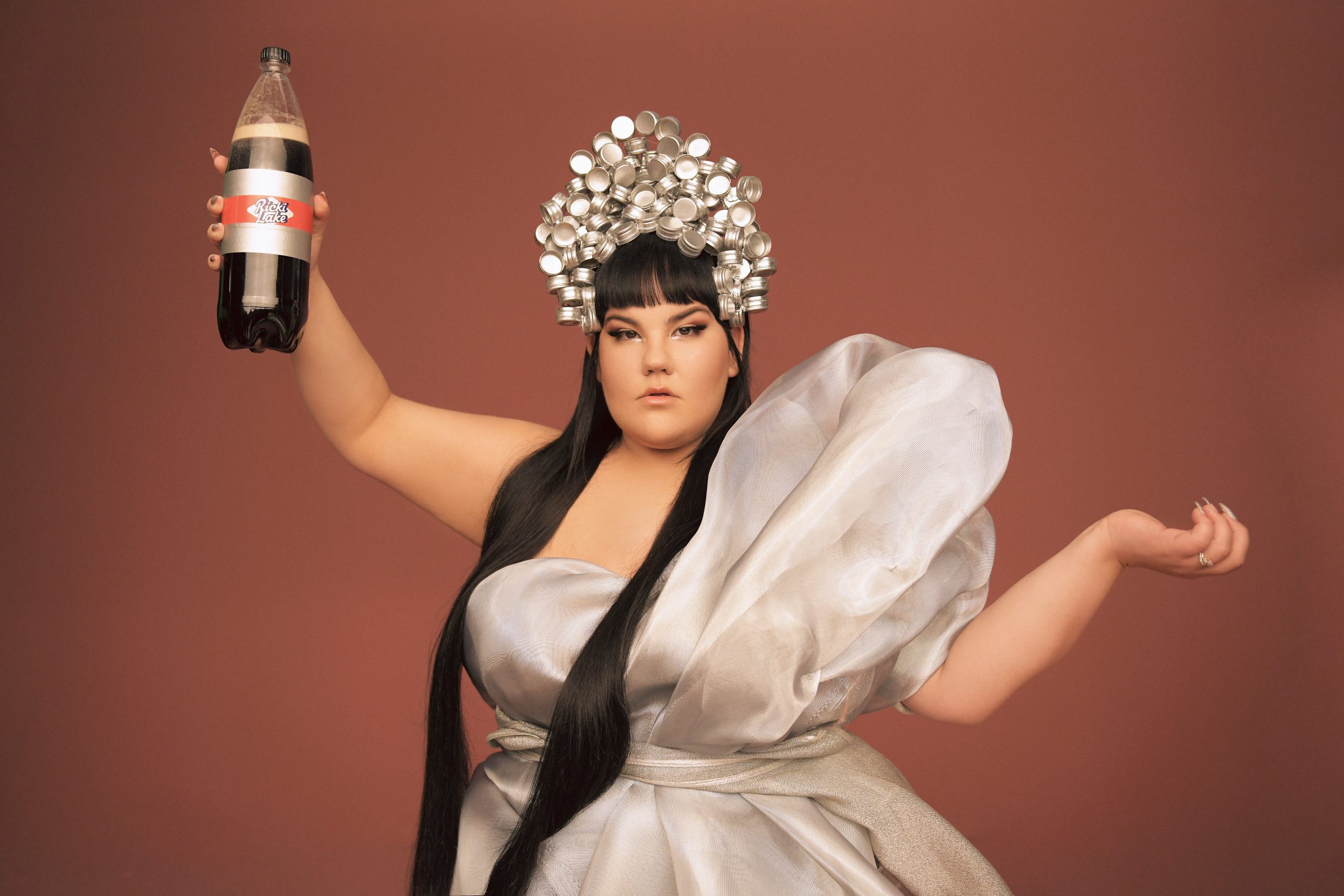 A Chat with Netta on Her Fire Saga Cameo, Missing Wearing Heels and More